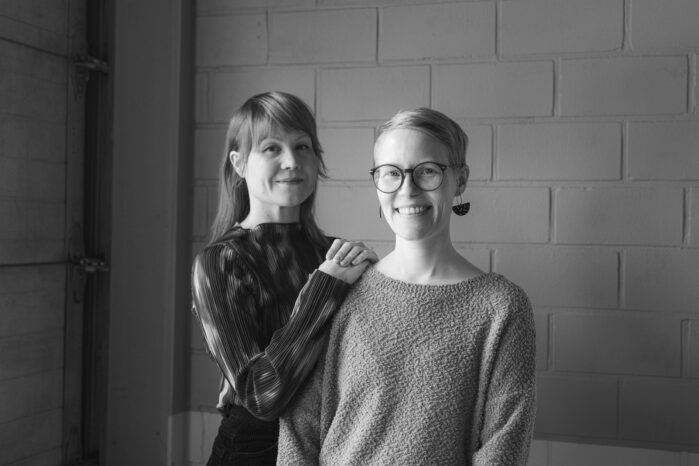 The ANTI – Contemporary Art Festival association has appointed Elisa Itkonen as the new Managing Director and Lead Curator of ANTI Festival.  Itkonen is a Master of Arts, producer and curator, and has served as the Festival Manager for several years. Suvi Koivisto, Bachelor of Culture and Arts (Cultural Manager), starts as the festival’s permanent Production Manager. Koivisto has been working as Producer for the festival since 2019 under a fixed-term contract.

– ANTI Festival is an international event, but at the same time, it is strongly attached to the city of Kuopio. The appointment of Itkonen, from Kuopio, as the festival’s Managing Director supports the association’s commitment to the city and its local communities. The association’s board has strong trust in the abilities of both Itkonen and Koivisto, who has been appointed as the Production Manager, to continue and further develop the activities, says Jenni Rissanen, the chair of the association, on the appointments.

Itkonen and Koivisto started in their new roles on 25 April. The association that manages ANTI Festival has been undergoing a period of transition, as the association’s founder and long-term Artistic Director and Senior Manager, Johanna Tuukkanen, moved onto a new role as the City of Oulu’s Head of Cultural Services in October last year (link to press release). Gregg Whelan also stepped down from his role as the Co-Artistic Director of ANTI Festival in October as planned.

– The two long-term directors of ANTI Festival leave us with a platform built on a financially sustainable basis and a clear artistic concept that nevertheless enables us to keep creating new things, Itkonen comments.

A dialogue between local and international experts as well as within the ANTI team will guide the content and development of ANTI Festival in the future.

– We are currently in the process of assembling an international group of advisers and will later form a curators’ working group. ANTI Festival has always used a dialogical approach when it comes to its production team, and the other members of the renewed ANTI team, Suvi Koivisto, Alli Mattila and Sanna Ritvanen, are important discussion partners in my efforts to develop ANTI, Itkonen explains.

Communications Coordinator Mattila and Project Coordinator Ritvanen were recruited into the ANTI team earlier this year.

– Last year, we celebrated the 20th anniversary of ANTI Festival. The festival’s 21st year will bring on many changes. The outstanding competence of the ANTI team is one of the pillars for continuing the festival’s operations. Indeed, I am thrilled that Elisa Itkonen is willing to take the lead and steer ANTI towards the future, Rissanen rejoices.